There are some artists whose work, because of its uniqueness, almost defies description. Peter White might just be one of them, for his paintings in a mix of oil, wax and acrylic, of open books and bowls are not quite what they at first seem. You may be looking at a large painting of a bowl, for example, but what the eye takes in is an impression of a moving sea of colour and shadow caused by the deep furrows and rivulets of the paint surface. It is this surface texture that transforms the painting into something quite different - landscape, forest, sea, storm sky, in fact whatever the imagination conjures, whatever you want it to be.

Peter White was born in Ayrshire in 1959 and studied at Edinburgh College of Art. He moved to Ullapool in North West Scotland in 1994. There have been numerous awards, including The Royal Scottish Academy Latimer Prize, the Royal Scottish Academy Oppenheim Prize, Scottish Arts Council Bursary and the RGI Royal College of Physicians and Surgeons of Glasgow Award. There have been over twenty solo exhibitions mainly in London and Scotland, and numerous mixed shows in this country and overseas. In 2008 he was Artist in Residence with Care International, Amman, Jordan. 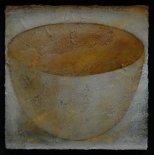 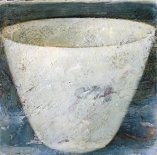 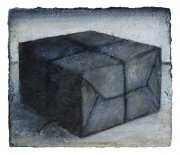